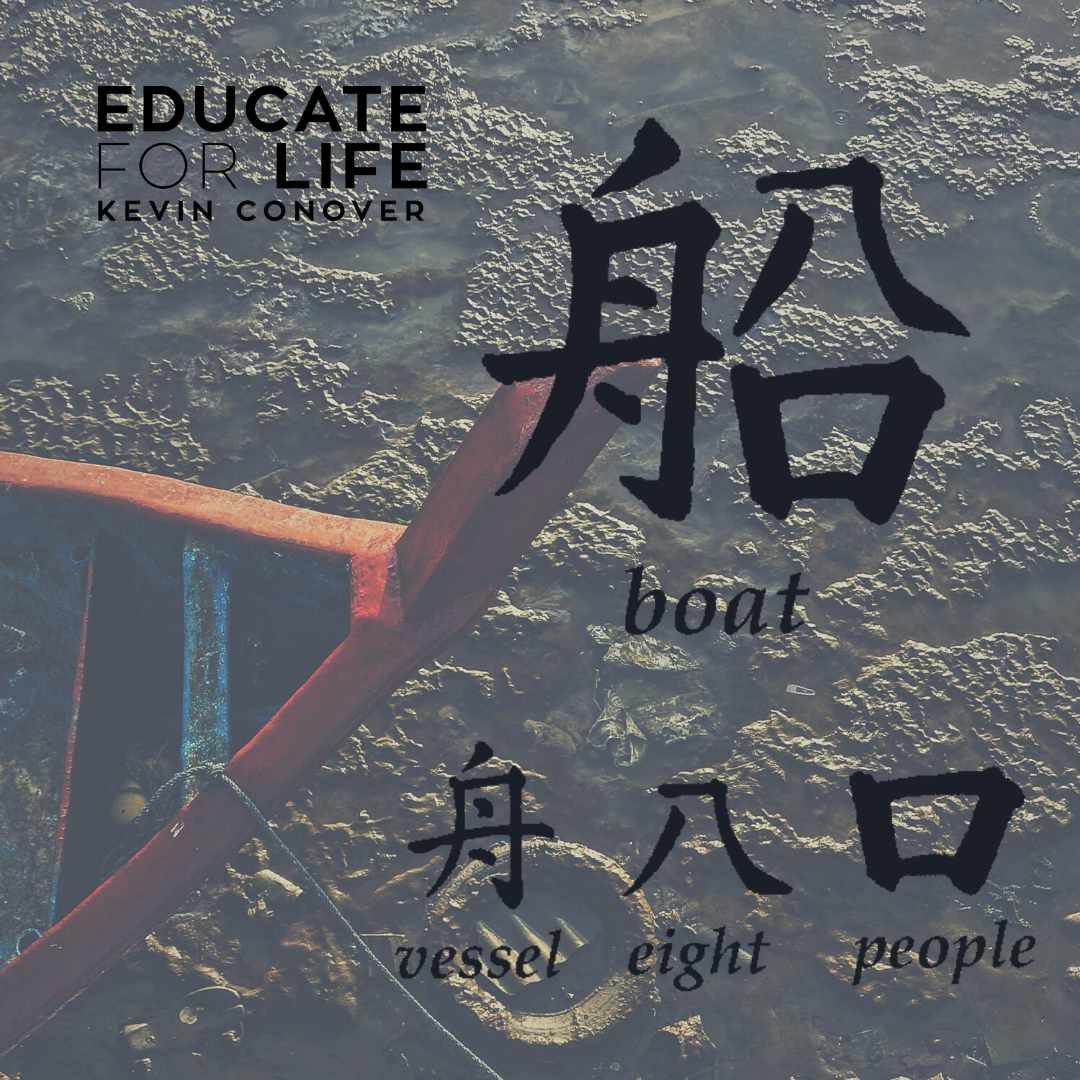 What can we learn from some of the earliest known languages?

At the Tower of Babel, one common language of mankind was turned into many languages. Because of their inability to communicate with each other, the people were forced to spread and fill the Earth. Those who arrived in China could still remember the true history of the world: the creation, the Garden of Eden, the Flood and the Tower of Babel.
For nearly 2,000 years, the ancient Chinese worshiped the true God, Shang Ti. In the early days of this civilization, someone had to write down the new Chinese language. This unknown linguist settled upon a pictorial symbolism for their letters. For example, the inventor had to figure out how to write the word for “boat”. He chose three symbols for boat: the symbol for vessel, the symbol for eight, and the symbol for mouth. Mouth stands for a person even in our language. For example, we say a family has five mouths to feed. So the symbol for boat was a vessel with eight people!
The inventor of the early Chinese language was obviously thinking about the most famous boat he knew, Noah’s Ark with eight people on board. There are actually dozens of the original Chinese symbols which exactly correspond with events right out of Genesis chapters 1-11. Embedded within the Chinese language is the history and the knowledge of God and the true history of mankind up to and including the Tower of Babel.
(Source: Inspired Evidence – Bruce Malone, Search for Truth, Changing the World with Evidence for Creation, 2006 pp.65)