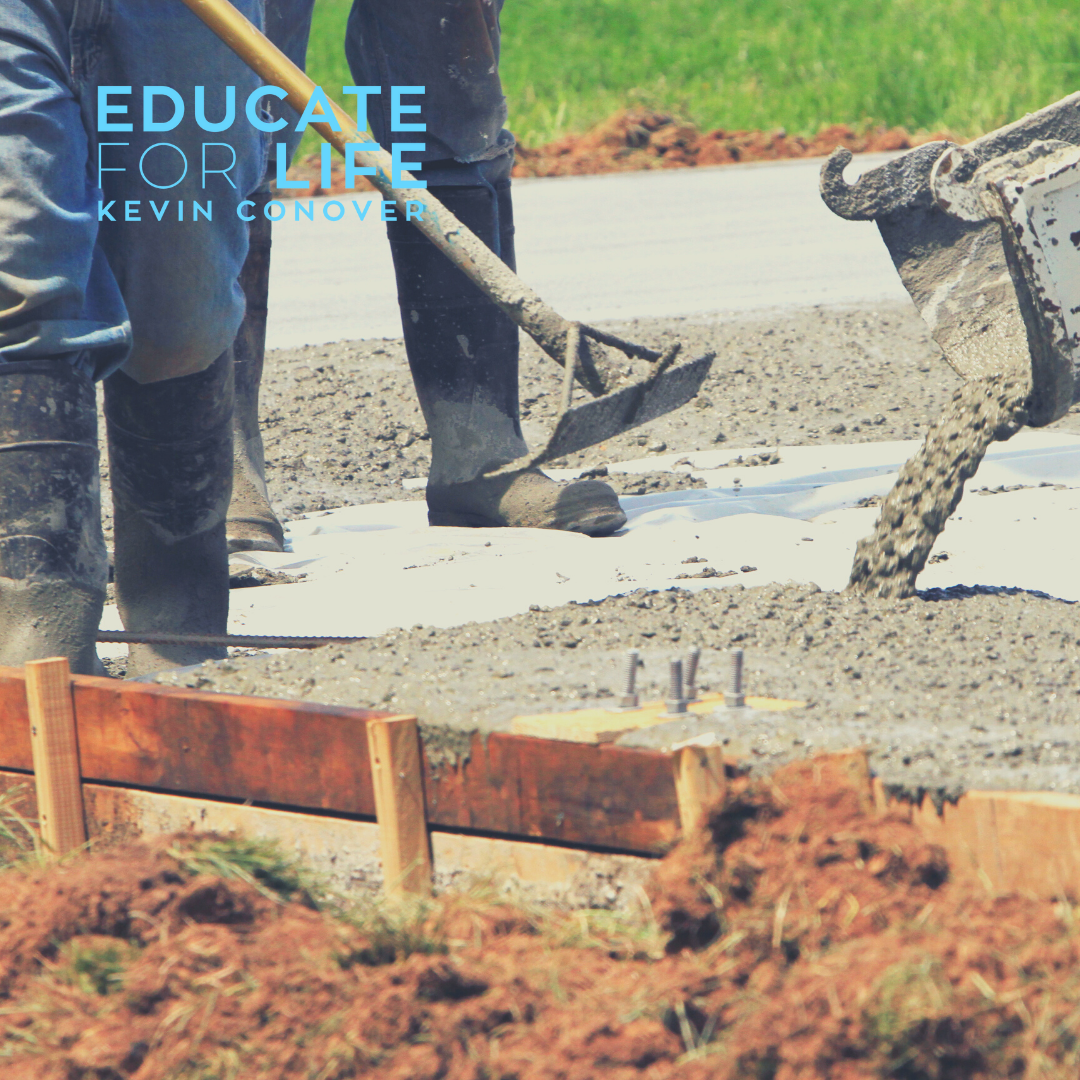 What event in history would have pulverized enough pre-existing rock and sediment to cover much of the planet’s surface with a concrete-like mixture?

It takes very special conditions to make sedimentary rocks such as limestone, sandstone, and shale. Sedimentary rock is made up of small bits of particles from precipitated lime, clay, silt, and sand. How do these loose sediments turn into a rock? Sedimentary rocks form the same way concrete hardens. After all, concrete is just artificial rock! Concrete manufacturers break down big rocks into powdered rock. To make concrete, water, sand, and pebbles are added to the powdered mix until just the right amount of each is mixed together. The two most common rock cements are calcium carbonate and silica. Calcium carbonate is the lime in limestone while silica rapidly absorbs water to form hard crystals.
Sedimentary rocks cover three-fourths of the Earth’s surface due to the flood of Noah’s time. As we read in Genesis 7:11-12, “All the fountains of the great deep broke up and the windows of heaven were opened. And the rain was upon the Earth forty days and forty nights.” The entire Earth became covered with water, this was no small local event! Genesis 7:18-20.
Now imagine this year-long flood with tsunamis and flood waters breaking up and eroding the Earth’s rocks. Mix it all up, and what you have is an Earth-sized cement mixer. At the end of the Flood, the mountains rose up, and the flood waters rushed off the continents. Now the land had time to “cure”, its cement became hardened into rock layers, and three-fourths of the Earth was covered with sedimentary rocks.
(Source: Inspired Evidence – Gary and Mary Parker, The Flood Book 2006 pp.7-8)