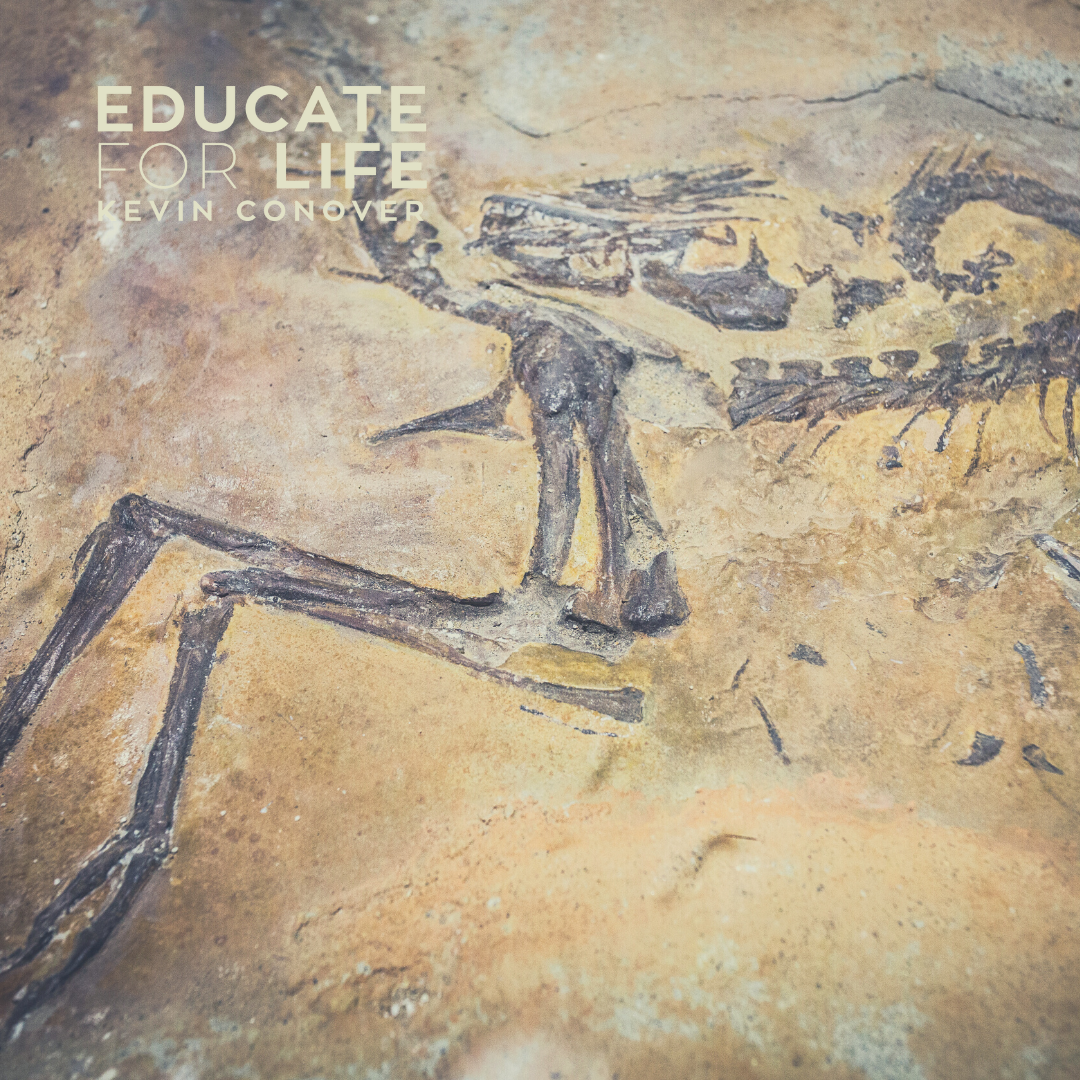 Did you know we can learn a lot from the positioning of dinosaur bones?

It is common to find dinosaurs in the classic “dead dino posture“ with the head and neck arched back, tail extended and hind limbs bent. Many dinosaur skeletons have been found in this posture, suggesting extreme agony. Research has now eliminated the standard idea that this “dead dino posture” was caused by the contraction of the dead animals’ tendons as they dried out.

Scientists are now coming to the conclusion that the animals found in this position died violent, sudden deaths.

Animals go into death throes or “opisthotonos posture” shortly before they die because of the shortage of oxygen. This shortage of oxygen causes muscles to go into spasms causing the classic posture while they are gasping for breath. The death throes cause the animal to arch its neck and head, extend its tail and bend its hind legs. What we see preserved in the fossil record are dinosaurs, archaeopteryx and other critters in the midst of their death throes. What possible event could cause the asphyxiation of so many creatures preserved in the “dead dinosaur posture”?

The Flood of Noah’s day devastated the entire Earth.

This was a catastrophic, global flood which buried billions of creatures alive. Evidence of this global flood is revealed in the common “dead dinosaur posture.” Creatures were rapidly buried and experienced a lack of oxygen, which caused them to go into the throes of death. The next time you see a picture of a fossilized dinosaur or creature, take a look at its posture, if you notice the throes posture, it’s likely it was killed in Noah’s flood.