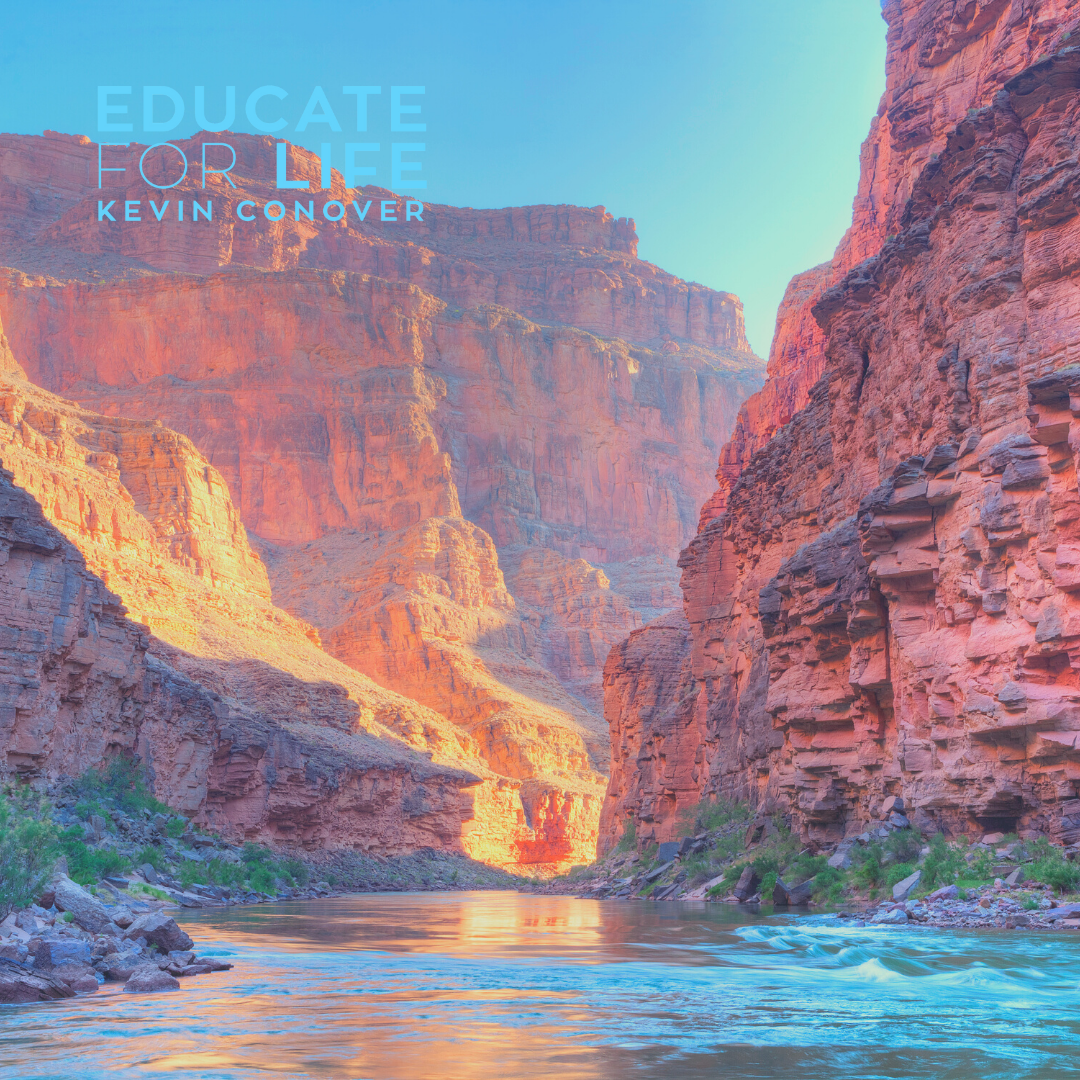 Have you ever considered the Grand Canyon’s formation and its odd location?

Interestingly, the Colorado River travels across the flat plains, upstream of the Grand Canyon and encounters a vertical plateau of rock rising 3,000 feet above the river. Instead of flowing around this wall of rock and continuing south, the river makes a ninety degree turn to the west and carves right through 3,000 vertical feet of solid rock at the highest point of the rock barrier.

This is an enormous mystery to those who believe the river carved the canyon over millions of years.

Either enormous amounts of water broke through the recently laid sediment and catastrophically carved the canyon as backed-up water covering a large area of the western United States drained through the area or the erosion rate of the river exactly matched the slow, gradual uplift of the 3,000 foot plateau over millions of years. It would seem to take far more faith to believe millions of years of perfectly matching uplift/erosion than to simply accept the much more straightforward evidence for rapid erosion following the flood of Noah 4,500 years ago.

Furthermore, every mature river that exists today should have its own massive canyon, if the present day river carving presumption is the key to the past.  The evidence clearly suggests that the biblical model fits perfectly on how the canyon was formed.