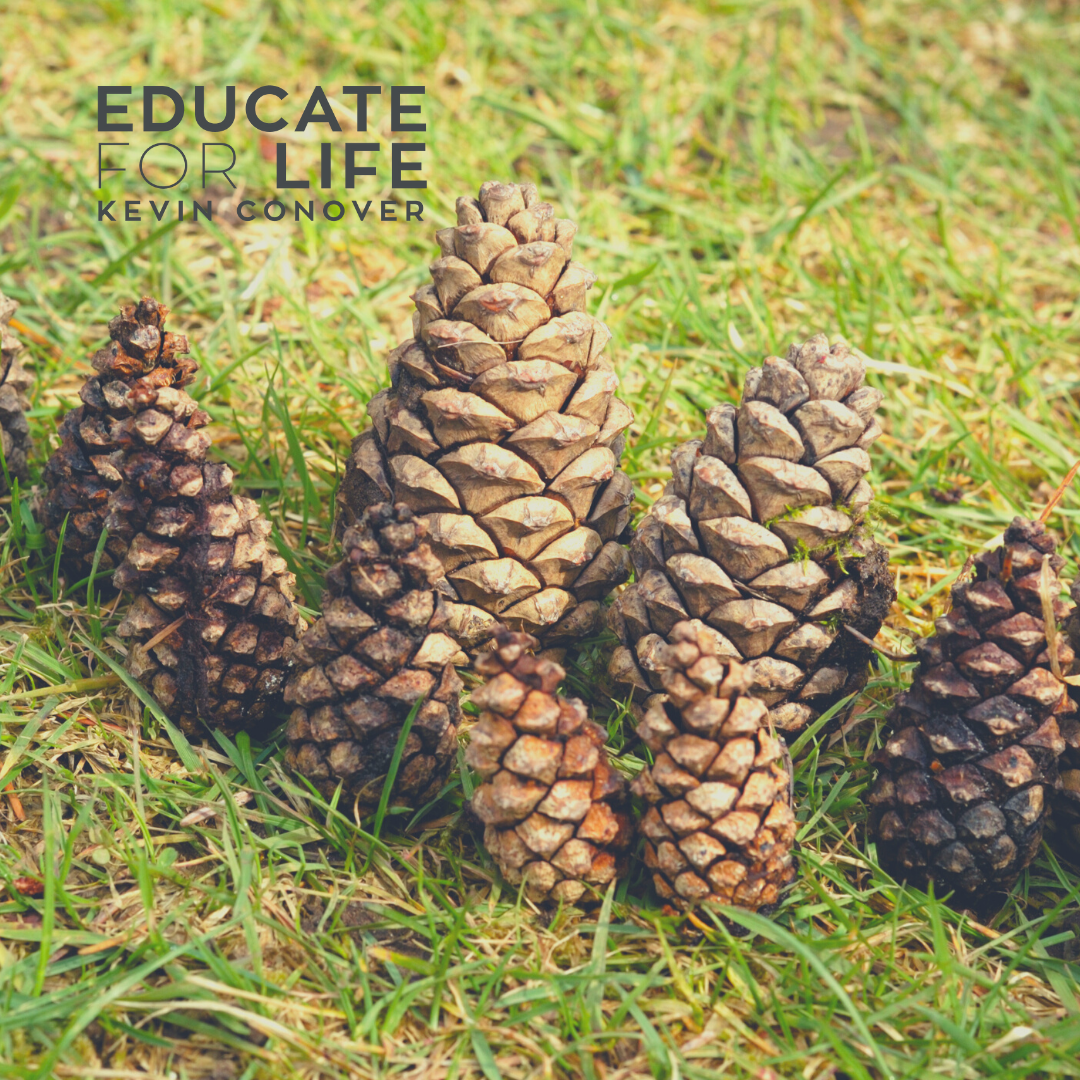 Have you considered the complexity of the pine cone?

Conifers trees produce pine cones. They produce two types of cones on the same tree: the pollen cone and the seed cone. The pollen cones are usually small and inconspicuous, and once they have shed their pollen, they fall off. On a spring day when it is windy, you can see pollen clouds being blown from a pine tree. The seed cones are the larger woody cones you may associate with pine trees. Conifers depend on the wind for pollination and each species is designed to capture its own kind of pollen. According to one noted botanist, “The geometry of the cone functions like a wind turbine, channeling pollen around it in a way that maximizes pollination so that if pollen fails to land on one scale, it will receive pollen as it is passed on from the previous.”
Once the pollen reaches the egg, it takes more than a year for the egg to be completely fertilized. After twelve months of growth, the seed is finally mature. When the pinecone is ready to release its seeds, it waits for a dry, warm day. Then the pinecone scales open and the seeds, with little “wings” attached, float to a new plot of land in order to grow. If the day is cold and wet, the pinecone stays shut, waiting until the day is warm and dry and a wind can blow the seeds away.
Isn’t it amazing how God used the fact that wood fibers shrink when they dry to open and close the pinecone, so the ripened seeds will be released to float away on the perfect day? Pine cones are the fruit of a pine tree. As the verse in Hosea indicates, we receive our fruitfulness only from the Lord.
(Source: Inspired Evidence – Julie Von Vett & Bruce Malone)