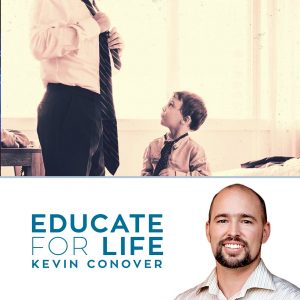 Recent data collected by the U.S. Department of Education shows that homeschooling has grown by 61.8 percent over the last decade. Now 2 million kids—or 4 percent of the total youth population in the United States—are homeschooled.

Today on Educate For Life Kevin talks with David Nunnery. David and Leslie Nunnery are the founders of Teach Them Diligently. Convinced of the Holy Spirit’s leading them to home educate their children in 2010, they formed Teach Them Diligently in 2011, and have since hosted more than fifteen TTD Conventions across the United States allowing them to share their ministry with nearly a million people.

Tune in for a great episode and check out https://teachthemdiligently.net to learn more.