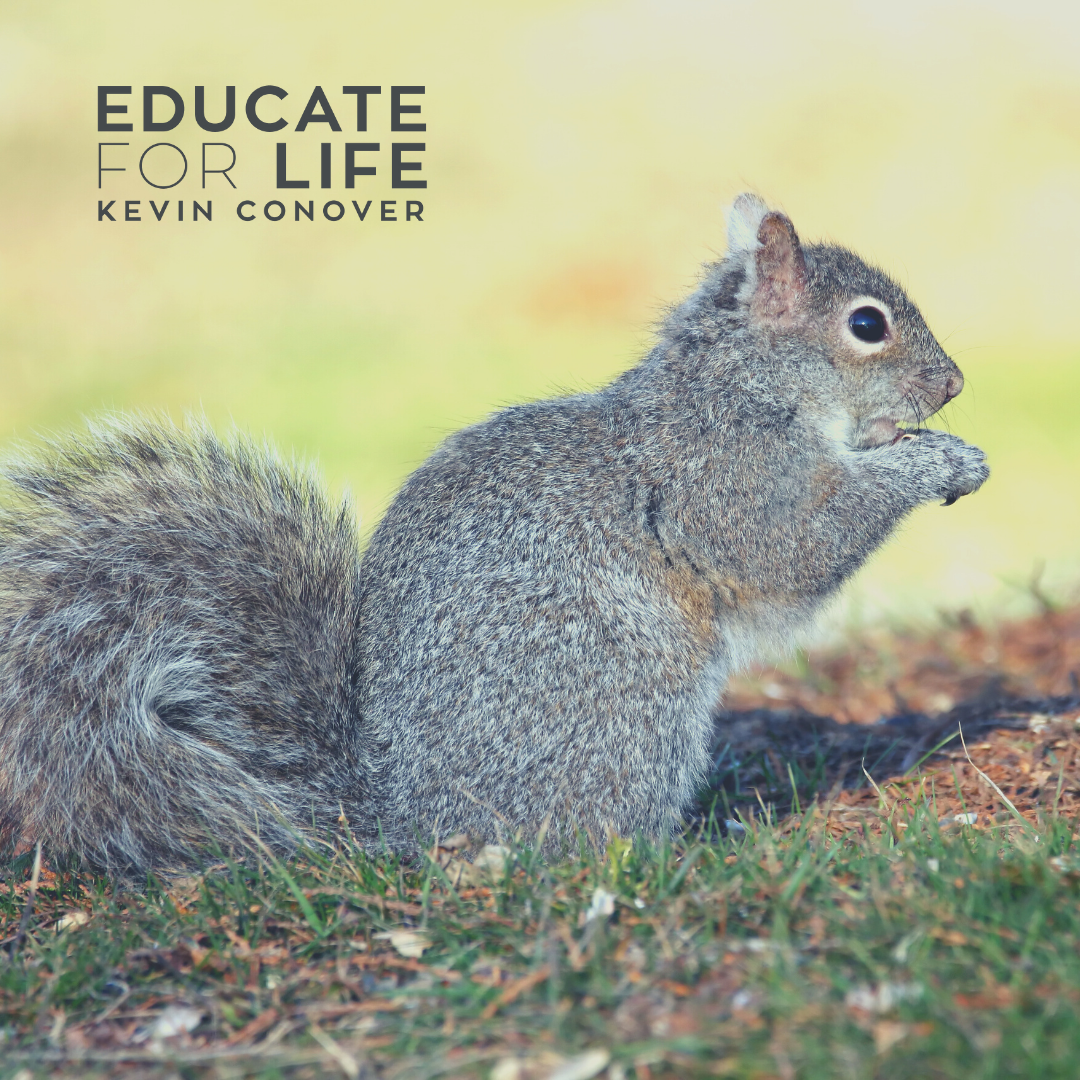 Have you ever thought about how many ways a squirrel uses its tail?

How does a squirrel stay balanced on a tree branch? He uses his tail like a tightrope walker uses a pole. As he moves along the branch, he tilts his tail one way or the other as the center of gravity changes to protect himself from falling. When a squirrel is eating, he curls the tail over his head. If a hawk decides to have him for lunch, his tail protects him as the hawk grasps a claw full of fur. As he sleeps, he wraps it around his body. In other words, he carries his own portable sleeping bag to protect himself from the cold.

Did this tail happen by chance or did the Creator design it that way? How did the squirrel know to use its tail in these ways? How did it pass this knowledge on to the next generation of squirrels? Without his tail, the squirrel would lack balance, lack protection from flying predators, and lack the ability to withstand cold temperatures. Next time you see a squirrel, stop and consider the marvels of his tail.