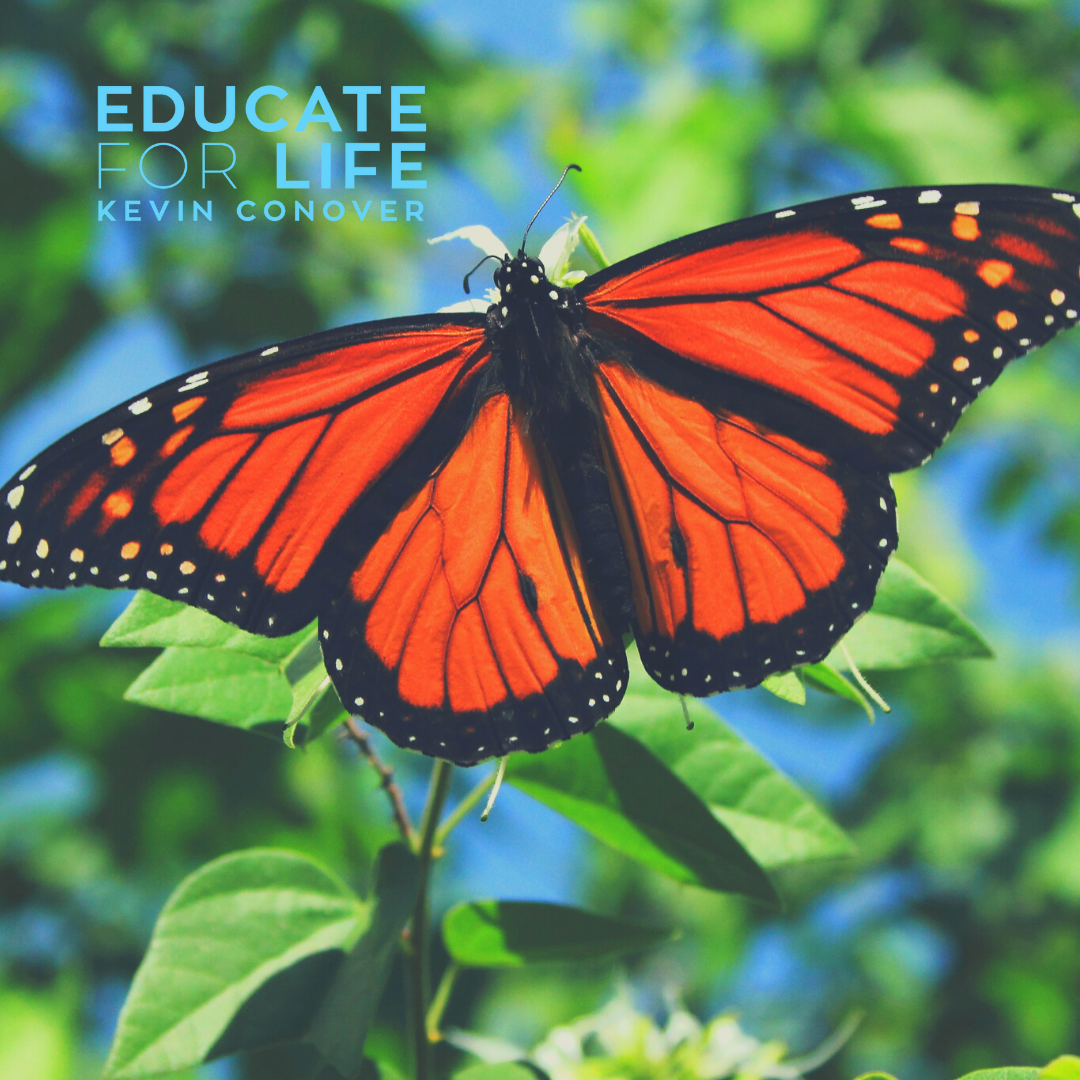 What insect is designed for defensive flight?

A brightly colored butterfly would seem to be an easy lunch for birds because it flies so slowly. Its wings are not streamlined aerofoil wings like those of birds. Yet, researchers were amazed at the variety of flapping techniques that butterflies displayed in a wind tunnel. There was an entire range of complicated wing movements that generated more lift than simple flapping. It appears that butterflies flutter because they are customizing each wing stroke to match the need. The twists, flaps, slaps and flings are not just erratic wandering, but they are instead designed to keep the birds at bay.

Even though a bird can fly much faster, a butterfly can fly tight, darting patterns which enable them to escape.

Have you ever tried to catch a butterfly? It is difficult! So how can butterflies show so much variety in their flight? There is one engineer who knows. He is the One who originally equipped the butterflies with their various flapping techniques. Not only is the butterfly beautifully designed, but it is also designed with the foresight needed to allow these beautiful creatures to survive larger, faster predators.