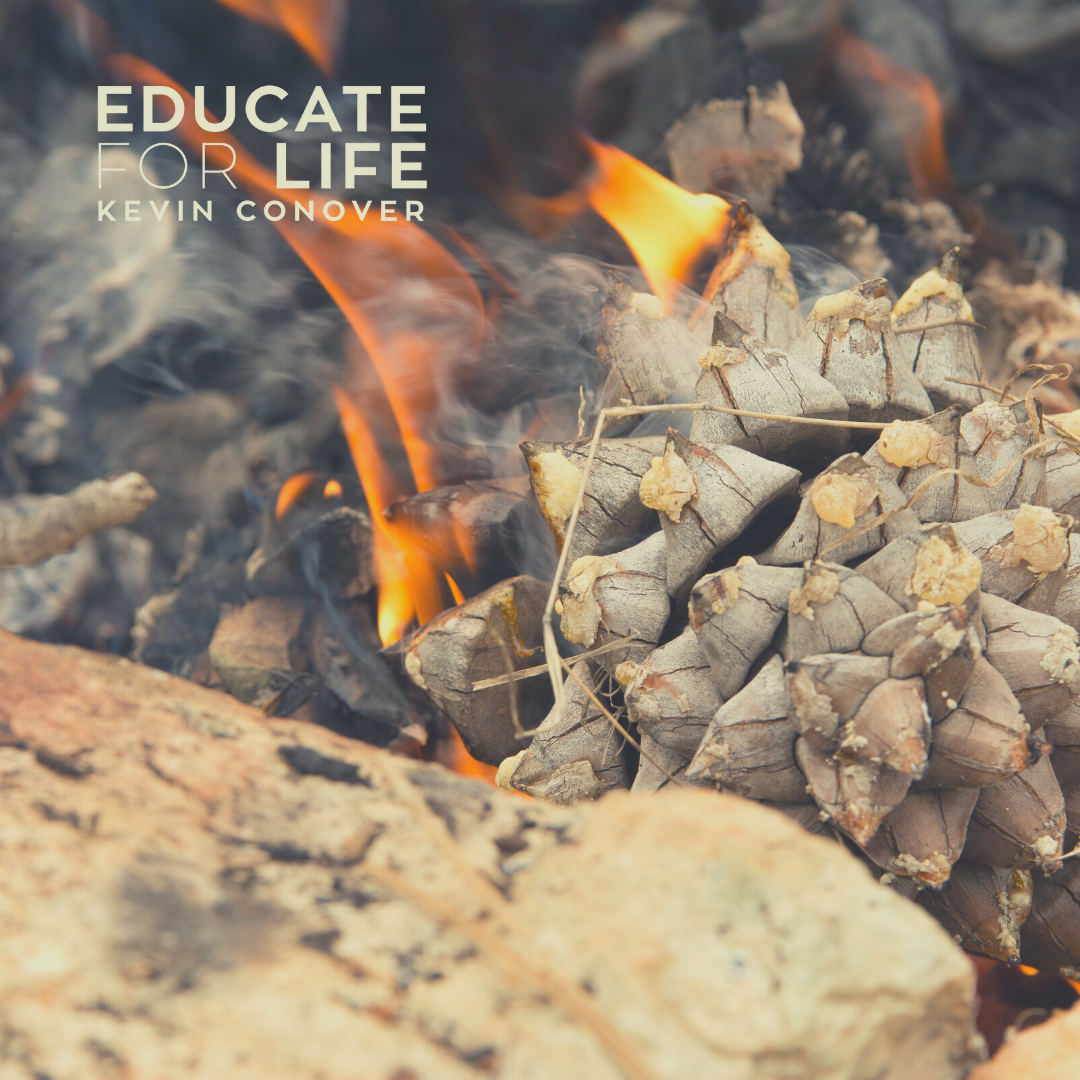 How are flames used to reproduce forests?

Fire and forests do not normally mix, yet several species of pine trees seem designed to thrive after forest fires. The mature Ponderosa pine bark looks like thick plates or puzzle pieces. When heated during a forest fire, these plates pop off. The tree actually sheds the flames! As the Ponderosa grows, the lower limbs self-prune, thus preventing a ground fire from climbing up to the crown of the tree.

The Jack pine grows in portions of Canada and the Great Lakes states. The Jack pine doesn’t drop all of its ripened seeds. In fact, most of the seeds are protected safely within closed cones for years. When a fire occurs, these seeds are protected from the intense heat. However, this same heat opens the cone, releasing the seeds onto the ground after the fire passes. The fire has prepared the ground for the seedlings to grow by burning up the existing vegetation.

The Longleaf pine, or the legendary southern yellow pine, is designed to survive a fire in a unique way. The seedling, if top-killed by a fire, sprouts from the root again. Once the terminal bud develops, the moist, dense tuft of needles protects it. If there is a fire, the tuft of needles burns and water is vaporized from the needle tips producing steam to extinguish the fire. As the yellow pine ages, the bark becomes thick, which insulates the inside of the tree from heat. If the bark starts to burn, the scaly bark pops off. This tree also sheds the fire!

These pine trees did not get together and strategize about the threat of forest fires and what to do about their future survival. Had these mechanisms not been in place before fires happened, the trees could never have survived in the first place. God, in His wisdom, designed these pines to survive the flames and continue to thrive.