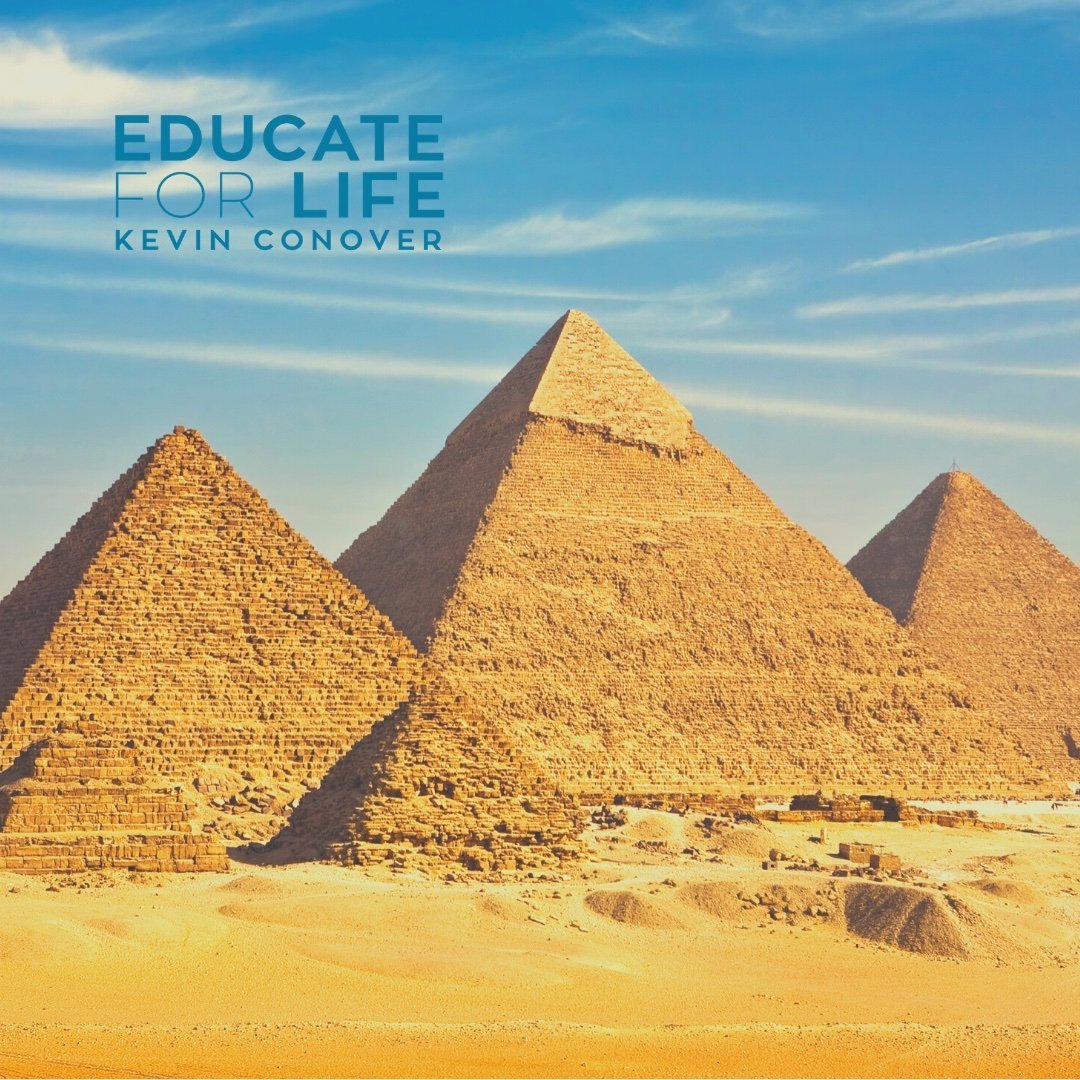 Did you know the pyramids of Egypt reveal ancient man’s ingenuity?

The Giza pyramid was built with 115,000 casing stones of polished white marble, each weighing 16-20 tons. A massive earthquake in A.D. 1301 loosened many, which were then removed to build Cairo.

The joint thickness between these marble stones was a minuscule 0.020 inch. Inside the narrow gap was a type of cement which bonded the marble with greater strength than that of the marble itself. The composition of this cement is still a mystery to us.

The largest blocks measured 5 feet high x 12 feet long x 8 feet deep, with an average variation of only 0.01 inch. This degree of precision is difficult even today. When we examine any Egyptian pyramid, we find that the four sides are equal in length within 0.1%—modern builders do well with 1-2%.  The pyramids were also built on absolutely level bases with no sagging.

It has been estimated that it would take 100,000 men to construct a typical pyramid, requiring a block being set every 20 minutes for a pyramid to be completed in 20 years. There are over two million quarried blocks in the Great Pyramid.

Ancient man was not some primitive “caveman”, but was made in God’s image and highly intelligent.